Devoted To Enrich Your Life Wherever You are

Mr. AKM Shariful Islam is a competent and dynamic personality who is acknowledged for his exemplary contribution to the field of Insurance. In a very brief duration, he has managed to reach the upper echelons of his field through constant hard work and perseverance. The year 1985 marked the inception of his career as he joined Jiban Bima Corporation as a Junior Officer where he received extensive training on computer programming like COBOL and Fortran as well as various aspects of Life Insurance.

In 1988 he joined Delta Life Insurance Company as an Executive officer. Within a short span of time, he was promoted to the position of Senior Executive. Due to his exemplary service and integrity, he was further promoted to Assistant Vice President and Vice President respectively. He played a significant role in obtaining Bangladeshi Expatriate Wage Earners’ Group Insurance through which the company earned a premium of around Tk 350 million in two years.

Mr. Islam joined National Life Insurance Company in 1998 as Vice President and Head of Group Insurance Department. By virtue of his commendable contribution to the company’s growth, he got promoted to the position of Senior Vice President shortly. His leadership skills were corroborated as he successfully shouldered the responsibility of the HR Head of the company, Group Insurance Development, Policy Servicing, and Development Administration Department. Furthermore, he successfully reformed the Group Insurance department and introduced Health & Overseas Insurance Scheme.

From his early life, he was involved in various extra-curricular activities which include the prestigious Film Society Movement. He represented the country in FICC Grand Assembly held in Czechoslovakia in the year 1987. He also performed Jury responsibilities in the following international festivals:

Besides Jury Duty, his achievements  pertaining to the Film Society Movement are as follows:

He is married and blessed with two children. Mrs. Islam completed her Honors and Masters in Philosophy from Dhaka University. She is currently working as an Assistant Professor in a university-college in Dhaka.

Mr. Islam completed his masters from a reputed university and has participated in different local and international training programs on life insurance. He is engaged in various socio-cultural activities. He is a human rights work as well. 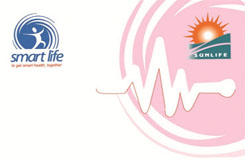